Apple iPhone is one of the most demanding and popular smartphones in the world. Last year it topped the chart as best selling smartphone. Moreover, it is a matter of fact that everyone who can afford the iPhone prefers to have it. Because of its features and security, it is the first choice of users. However, it has been unearthed that iPhones and iPads are at the risk of hacking due to a bug in its email app. In this topic, I am going to discuss the details of what the actual bug is.

What the bug actually is?

The recently discovered bug is in the mail app which does not detect malware that can give access to hackers. The severity of this malware is that it completes its installation without the knowledge of od users. Resultantly hackers get control of the device and can do any harmful activity.

Who discovered this bug?

A San Francisco based Mobile Security company ZecOps has discovered this bug while investigating an iPhone. The company got a request to probe a cyberattack from one of its clients. Once the forensic investigation was done ZecOps revealed this bug. Moreover, the CEO of ZecOps Zuk Avraham stated that the attack was done in late 2019 and the discovered bug has so far exploited six victims.

What risk can create this malware?

According to the ZecOps, the malware is extremely harmful because it gets installed without users knowing. Moreover, Zuk Avraham said that after the malware is installed hackers can steal data from all files and folders in the device which can be accessed by the mail app. Zuk Avraham also claimed that Apple knows all about this malware but they have not revealed it as the next software update also has the fixation of this bug.

What is the reaction of Apple against malware?

When the ZecOps revealed the discovery of the malware, Apples accepted it and stated that we have also researched on the basis of the ZecOps reports. We found that there is malware exploiting the mail app but it is also intimated that the bug is not an immediate threat to our users. Furthermore, they added that there are three issues but all are not sufficient to breach the security of iPhones. The company has not found evidence of any customer who has suffered from this.

What is the Solution of this bug?

There is no solution to this bug until the new software is updated on the device. Therefore, till then the users have to be cautious. Though this malware can hit the device despite all the cautions yet they can keep an eye on their mail app. If they found any blank or suspicious mail, they should immediately contact the cell manufacturer.

There are 900 million iPhones in the world that are all susceptible and vulnerable to this malware. Though there have not some serious instances reported yet it is a huge threat. Therefore, all iPhones users should be vigilant and careful. 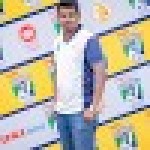